If you’re looking for a psychiatrist in Delray Beach, FL, chances are you or a loved one may be going through a hard time. From the collective trauma of the COVID-19 pandemic to the daily traumas we may experience through relationships with others, mental health crises can take many forms and with varying severities of diagnoses; one such diagnosis is PTSD.

Post-Traumatic Stress Disorder, PTSD, is a mental health condition that can develop after someone has experienced or witnessed a traumatic event or an ongoing series of events. PTSD symptoms can be severe and debilitating, making it difficult for people to live their everyday lives. In this article, we will discuss what PTSD is, the symptoms of PTSD, the recovery process for PTSD, and how long PTSD can last after trauma. We will also provide advice on how to seek help if you are struggling with PTSD.

What Are Symptoms of PTSD?

PTSD is characterized by intensely disturbing or intrusive thoughts related to a traumatic event well after the event itself is over. These thoughts or feelings may be triggered by their environment, whether from a chemical smell or a stranger brushing up against them on the subway. Symptoms for Post-Traumatic Stress Disorder can be broken into four main categories: sudden changes in thinking or mood, sudden changes in reactivity or status of arousal, avoidance, and intrusion.

Changes In Thinking or Mood

These may be triggered without the patient’s understanding that the feelings stem from trauma, and may include experiences like:

·      Feelings of detachment from others

·      Inability to experience positive emotions like joy or contentedness

·      Inability to remember details about the event (repressed memories)

·      Distorted beliefs about who is to blame for the trauma, including blaming oneself

Alterations In Reactivity or Arousal

Changes in one’s state of arousal can vary in expression, but include symptoms like:

As it sounds, this symptom presents in the patient avoiding people, places, or activities that may trigger any negative feelings related to the traumatic event. This includes thinking about the traumatic event or related events, also.

Symptoms of PTSD also present in the form of intrusive thoughts or memories which recur for an extended period of time after the trauma has taken place. This causes the patient to “relive” the experience by having a “flashback” and even cause disturbing dreams or nightmares. This can also cause extreme emotional distress at triggers suggestive of their traumatic experience, such as a loud noise.

What Are The Different Kinds of PTSD?

While the symptoms of PTSD tend to manifest within the four main categories listed above, PTSD itself can be broken into three primary branches within the diagnosis: Uncomplicated PTSD, Complex PTSD, and Comorbid PTSD. By diagnosing which kind of PTSD a survivor might have, a psychiatrist will be better able to assist them on their healing journey.

Generally considered the simplest form of PTSD, Uncomplicated PTSD usually stems from one traumatic event—rather than ongoing events—which triggers the symptoms of PTSD. In this form of PTSD, the patient does not experience any other mental health conditions other than symptoms of PTSD, such as avoidance of triggers, mood and behavior changes, or nightmares.

With Complex PTSD, the patient experiences symptoms of Post-Traumatic Stress Disorder resulting from more than one traumatic event, such as surviving an abusive relationship or prolonged exposure to war or violence. Treatment for Complex PTSD is typically a little more involved than in cases of Uncomplicated PTSD, as Complex PTSD can often result in extreme behavioral issues such as sexual impulsiveness or substance abuse.

In this form of PTSD, the patient feels detached from the trauma and even from their own body. This dissociative response to trauma can continue over the course of the patient’s experience with PTSD and they can even experience out-of-body detachment when exposed to trauma triggers. Often, this dissociative response is described as “being in a fog” or like the patient is a spectator watching traumatic events unfold, as in a movie.

This is an umbrella term for PTSD that is also accompanied by other mental health diagnoses, such as depression or a dissociative personality disorder. This type of Post-Traumatic Stress Disorder is quite common, as many develop comorbid mental health conditions along with the expressions of their PTSD. As patients with Comorbid PTSD develop other mental health disorders, it is not uncommon for them to develop self-destructive behaviors such as self-medication with drugs or alcohol, aggression, or impulsivity. 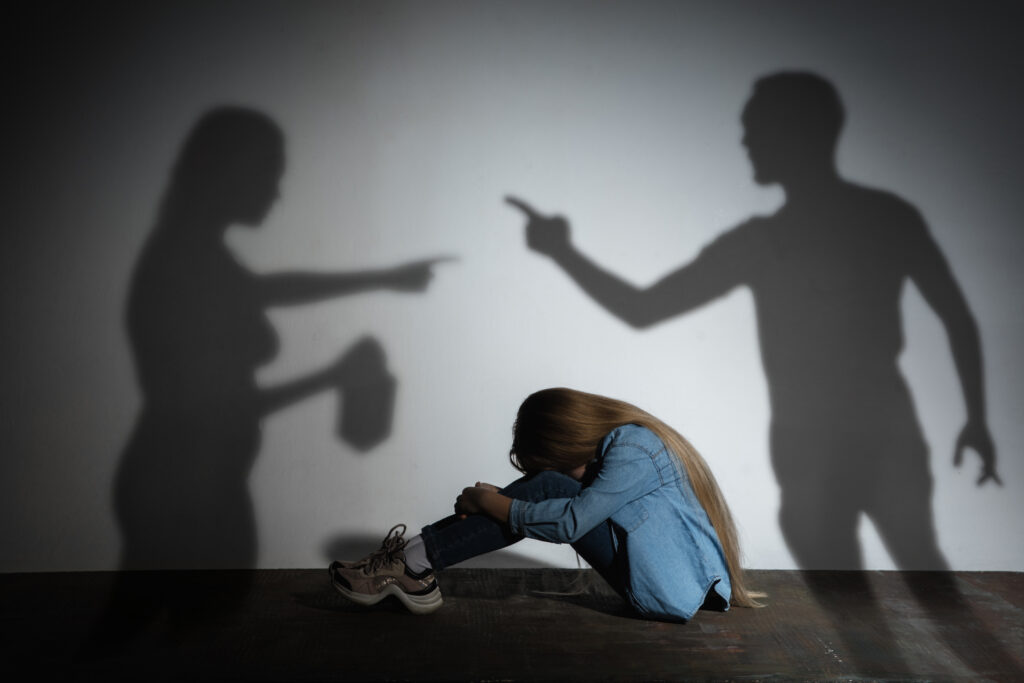 What Is the Treatment for PTSD?

Depending on the type of PTSD the patient is diagnosed with, the treatment for PTSD typically involves medication and some form of recurring therapeutic work. PTSD treatment is an ongoing process that requires the patient to work through intense feelings, which is why so many try to numb the pain with substances or impulsivity.

Unfortunately, treatment for PTSD is not as simple as taking a pill a couple of times a day—but medications can be a great way to help patients manage their symptoms of PTSD so they can get the most out of their therapy work and continue to move forward towards a better life. Frequently prescribed medications for PTSD symptoms include Selective Serotonin Re-uptake Inhibitors (SSRIs) and Serotonin-Norepinephrine Re-uptake Inhibitors (SNRIs) which are used to manage symptoms of depression. Other forms of medicine may include anxiety medicine, sleep aids, or mood-stabilizing supplements.

While medication can be a useful tool for navigating Post-Traumatic Stress Disorder, patients see marked improvement by participating in ongoing therapy. There are many different ways a psychiatrist might help you confront your PTSD, but here are some of the most common PTSD therapies:

How Long Does PTSD Last After Trauma?

There is no set timeline for experiencing PTSD. Symptoms can last as little as 6 months or, in chronic cases of PTSD, they can last for years. Because every case is different, all individuals will respond uniquely to treatment, though for recovery, it is imperative that patients seek psychiatric treatment as soon as possible.

If you or a loved one may be experiencing Post-Traumatic Stress Disorder, it’s important to seek professional help right away. If you are having impulsive or suicidal thoughts, support is closer than you think; call a Suicide Prevention or PTSD hotline or 911.

A psychiatrist addressing Acute Stress Disorder will treat the body’s immediate, physiological response to trauma; those treating PTSD look at the long-term road to recovery after a traumatic event or series of events, including physical, mental, and emotional needs.

For particularly acute cases of PTSD, some relatively new “experimental” treatments of PTSD have surfaced, including using psychedelics like psilocybin, MDMA, or LSD, or drugs like ketamine. By using these powerful drugs in a controlled setting, psychiatrists hope to “rewire” the brain’s response to trauma and empower the individual to take control of their symptoms—sometimes in as little as four weeks of controlled exposure.

Post-Traumatic Stress Disorder can take a toll on a person and damage their long-term goals, interpersonal relationships, and physical and mental health. While treatment for PTSD is complex and it can be time-consuming, the psychiatrists in Delray Beach, FL at the forefront of their field know that our relationship with these challenging conditions is changing as we continue to study new means of treatment.

Are you ready to seek treatment for your Post-Traumatic Stress Disorder? Connect with Delray Beach Psychiatry today and begin your healing journey! 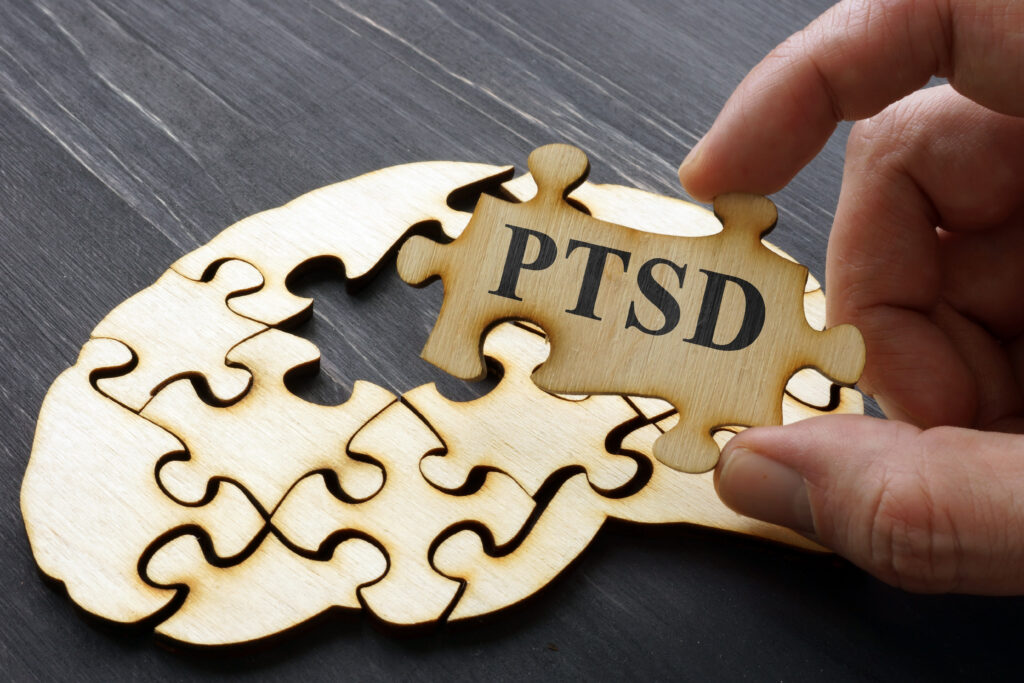