How Do Psychiatrists Diagnose Depression?

How Do Psychiatrists Diagnose Depression?

Like every other physician, psychiatrists are medical doctors who acquire an MD or DO by attending medical school for four years and spending another four completing a residency. As medical doctors, psychiatrists specialize in all areas of mental health, which extend to substance use disorders. Given their area of expertise, psychiatrists are equipped with the tools and training to assess psychological conditions on both mental and physical levels

There is no one reason individuals choose to seek psychiatric help, including reasons like feeling sad, hopeless, or anxious, which are characteristic of depressive disorders.

What Are Depressive Disorders?

As mentioned earlier, depressive disorders or depression are characterized by feelings of sadness, a loss of interest in once pleasurable activities (anhedonia), and decreased productivity as a result of emotional and even physical problems that don’t go away on their own. Depression can be nuanced in its intensity ranging from mild to moderate to severe, all of which impact the quality of life in various ways. How this intensity is classified is dependent on a number of factors, as well as how often they occur. It’s not unheard of for some forms of depression to go through brief periods of severe symptoms.

What Is The Diagnostic Criteria For Depression?

The diagnostic criteria for depression is going to differ depending on the severity of the symptoms. While there is a recurring pattern of symptoms in all of the different forms of depression, they’re also not going to impact individuals in the same way depending on their severity.

Mild symptoms that last for most of the day with an average persistence of a week or even two years is often diagnosed as persistent depressive disorder or dysthymia.

What Tests Are Used To Assess The Level Of Depression? 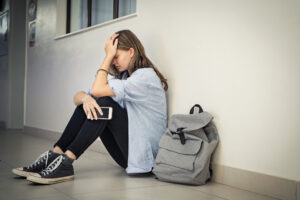 Unlike with other medical conditions, laboratory tests are not used to diagnose depressive disorders. Lab tests, however, can be used to rule out any other underlying health conditions that could be producing symptoms similar to depression. Doctors, for example, can collect blood samples to check for the presence of other diseases and/or medications that could be impacting a person’s mood.

Some physical health conditions that are known to cause similar symptoms to depression include, but aren’t limited to viral infections, hormonal changes, and even thyroid disorders. If no physical causes can be identified by a general physician for depressive disorder symptoms, individuals will often be referred to a psychiatrist for a more in-depth evaluation.

To be able to diagnose depression, psychiatrists look for very specific symptoms. This is crucial for ensuring the right type of depressive disorder is diagnosed and the appropriate treatment is prescribed. To do this, either the psychiatrist or a licensed therapist will ask the individual very thorough questions about their mood, their behaviors, and what they do in their day-to-day lives. Questions about the family’s psychological history will also be asked. To get a better understanding of the severity of depression, the individual can be asked to complete what is known as a depression-rating questionnaire. There are at least three known examples of these types of questionnaires: the Beck Depression Inventory questionnaire, the Hamilton Depression Rating Scale, and the Zung self-rating scale for depression.

The Beck Depression Inventory (BDI) is a questionnaire comprised of as many as 21 self-reported depression questions. These questions are specifically designed to assist psychiatrists and other mental health professionals obtain a better assessment of the depressed individual’s behaviors, mood, and symptoms. There are scores of 0, 1, 2, and 3 that are assigned to each answer to rate the severity of depression symptoms.

The Hamilton Depression Rating Scale (HDRS) is another questionnaire that’s specifically designed to assist psychiatrists and other mental health professionals measure the severity of depression symptoms in individuals already diagnosed with a depressive disorder. This questionnaire is also comprised of 21 multiple-choice questions that relate to particular signs and symptoms of depression. The answers on the HDRS are measured with scores of 0, 1, 2, 3, and 4. After the scores have been summed up, the higher the total score is, the more severe the depression symptoms.

What Is The Treatment Plan For Depression? 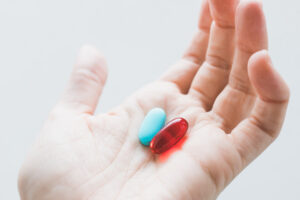 Treatment for depression is going to vary depending on the severity of the symptoms, but in many cases a combination of medication and psychotherapy is known to be effective in about 80% to 90% depression cases. In other cases, treatments like electroconvulsive therapy and self-help are considered.

One aspect of treating depression entails balancing the flow of neurotransmitters in the brain responsible for regulating mood. As such, antidepressants are often prescribed to help on that front and individuals can experience improvements within the first two weeks. In most cases, the effects of antidepressants won’t be known for at least 2 or 3 months.

In cases where depressed individuals don’t experience significant improvement after the first couple of weeks, or experience negative side effects, psychiatrists can then choose to change the dosage or prescribe a different antidepressant altogether. It is often recommended that depressed individuals continue taking medication for another six months after symptoms have improved, with more high-risk individuals being recommended to continue taking medication.

One other way individuals experiencing depression can improve their symptoms is by employing self-help and self-care tactics. This can include starting and maintaining a regular exercise routine, which is known to significantly improve mood. Another simple way to improve depression symptoms is to get regular, quality sleep and eat a healthy diet on a daily basis.

For more severe cases of depression in which individuals have not responded well to the other treatments, electroconvulsive therapy (ECT) may be used as a last resort. Under general anesthesia, a depressed individual is subjected to brief electrical stimulation of the brain. This treatment plan does not tend to last long as individuals only come in for ETC 2 to 3 times per week week until they’ve completed a total of 6 to 12 sessions.

Delray Beach Psychiatry is a group of highly trained, licensed mental health professionals who specialize in treating anxiety, depression, ADHD, PTSD, schizophrenia and other mental health conditions. For more information about our areas of expertise, visit our areas of practice, or contact us for more details.